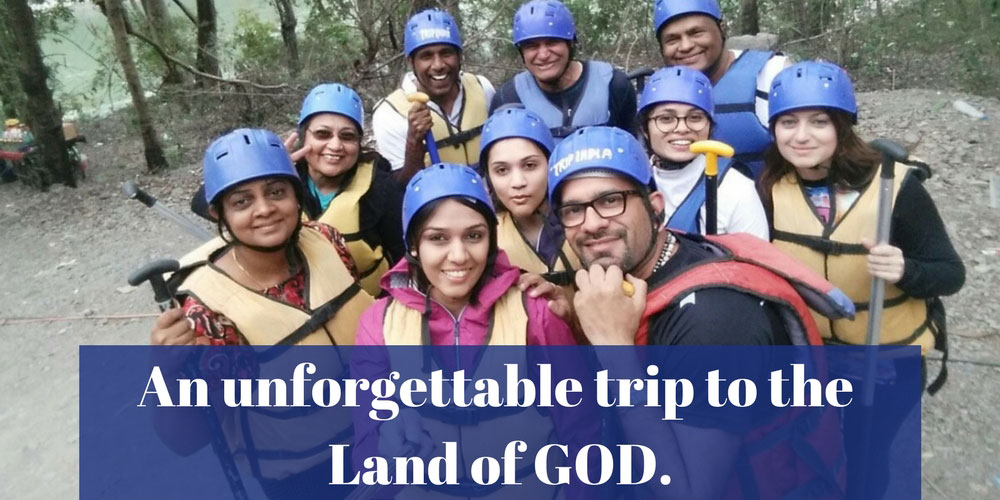 Nestled in the Himalayan foothills of Tehri Garhwal is the picturesque town of Rishikesh..justly famous as the Yoga capital of the world. And Rishikesh is much more than just that. While India herself has drawn seekers of spiritual solace over the centuries, Rishikesh occupies a special place, perhaps the epic center of this quest. The meditations of a million ‘munis’ (sages) has cast what can only be called a spiritual spell over this land and it’s not for nothing that the locals call it the ‘punya bhumi’ (blessed land) or the ‘dev bhumi’ (land of the gods). The Himalayas begin their ascent here to reach their snowy heights a few hundred kilometres to the north and to the east while the river Ganga begins her descent here to the vast gangetic plains to the south. It’s fashionable to talk of strategic locations these days but if spirituality, ageless nature and timeless culture were to come together to form a ‘strategic’ confluence, that would indeed be Rishikesh.

Just what the doctor ordered for a stressed, city slick group of yoga enthusiasts from Dubai looking for an escape from the rigours of humdrum urban living! And when Sumit Manav, the energetic founder of Lifestyle Yoga suggested a yoga retreat to Rishikesh, it was gratefully accepted. The group that left Dubai with Sumit was indeed a motley one – a middle aged man, four young women and a housewife, joined in Dehradun by another gentleman and a married couple. Motley it may have been, but united by a strong desire to rejuvenate and discover some hidden gems from the treasure troves of yoga and spirituality in Rishikesh.

The sense of excitement was palpable as we checked into Rishikesh Sadan – a small family run hotel cum yoga shala (school)  in a quaint little street . After a simple but refreshing lunch, the family arranged a ‘havan’ (prayer)  ceremony to mark the start of the programme. In true Hindu tradition, Lord Ganesha (the God of all good beginnings!) was invoked to bless this group followed by prayers to Shakti, the embodiment of woman power, the fount of humanity itself. The evening Ganga ‘aarti’ ( singing  devotional songs and lighting of lamps)  on the banks of the river opposite the Paramarth Niketan brought about a sense of inner calm , opening up the mind  to receive the inclusive warmth of one of the great pluralist traditions of the world – Hinduism.

As the next day dawned (a crisply cool 18 Deg C), the Dubai dwellers could hardly contain their smiles. Peak hour traffic and e-mail updates were replaced by serene, green mountains and the twitter (the real one, for God’s sake!) of a million birds. Sumit began the morning yoga session with a brisk warm up followed by a series of surya namaskars (sun salutations) and some Ashtanga poses to open up the joints and strengthen the core, rounded off by a pranayama series to improve breath control.

The main purpose of the retreat was indeed to get better in all aspects of yoga practice but we had plenty of time to enjoy the local culture and pursuits. Among them was a session of white water rafting in the swift flowing Ganga…an exhilarating experience , as the group bonded together , helping each other to keep the raft steady in the turbulent rapids of the  river flowing through a gorge ( even helping to pull out two of us that tipped into the water …great fun, no injuries !).

We also travelled to nearby Hardwar ( literally, the Gate to God’s abode !) to tour the Shanti Kunj, an institution created by  the Late Pandit Sri Ram Sharma that is serving society by spreading knowledge of the main tenets of Indian culture besides helping the needy by providing free schooling and health care. Adjacent to this is the  Dev Sanskriti  Vidyalaya , a  University  dedicated to scientific education in  Indian traditions , especially yoga  and  ayurveda . We were given an introduction to ‘yoganidra’ (technique for improving awareness and concentration) by Dr Kamakhya Kumar, a renowned scholar from the Bihar school of yoga in Munger. As he explained, Yoganidra is a part of ‘Pratyahara’ (one of the 8 pillars of Ashtanga yoga) and an essential gateway to ‘Dhaarna’, ‘Dhyana’ and ‘Samadhi’  (flow, meditation and renunciation) which represent the ultimate inner quest for truth of every serious yogi.

As for the yoga sessions in Rishikesh, Sumit was increasing the intensity with every passing day, in a calibrated manner! The morning sessions focused more on ‘core building’ Ashtanga series to strengthen the back and abdomen while the evening sessions devoted plenty of time to pranayama (breath control) and techniques to activate the chakras , helping regulate the endocrine and nervous systems. These were conducted on a beautiful balcony abutting a hill …at one with nature in the Dev Bhumi !  After several rounds of ‘bhastrika’, ‘kapalbhati’ and many variations of ‘anulom-vinulom’, (different and powerful breathing exercises) all of us could vouch for lighter bodies and relaxed minds, free of the nervous tensions that have become a part of city life.

The highlight of the trip was indeed the visit to Kunja Puri temple, at a height of nearly 1700 m above Rishikesh. It was a cool and overcast morning as we spread our mats out in the temple courtyard, in an indescribably beautiful setting. Perched on a hilltop, the courtyard was ringed by a balustrade before plunging into a valley and rising again to other lower mountains in the distance. Talk of strategic location again …a point from which one could witness a spectacular sunrise in the morning and an equally spectacular sunset in the evening. The atmosphere was so magical that it was impossible not to feel a spring in one’s step as Sumit put us through the morning’s session.

At this point the rain Gods welcomed us with some sharp showers, adding to the ethereal charm of the morning. We headed to the tiny teashop in the courtyard- and sipped from a simple clay cup, the most satisfying cup of steaming hot tea!

Internal cleansing is an important aspect of the holistic science of yoga. One day of the programme was devoted to a sequence of postures designed to cleanse the digestive track. A simple diet of ‘khichdi’ (rice and lentils) was followedby a brisk Vinyasa series(a flowing sequence of postures in harmony with breathing rhythm)  in the evening.

All good things have to come to an end  … and so it was with this retreat as the last day was rung in with a sequence of stretching postures , setting the stage for a deeply relaxing session of yoganidra involving opening up the chakras and pulling the energy aura from the heart chakra to the crown chakra. The climax though, was the celebration of the Hindu festival of colours as everyone let their hair down in colourful revelry. As the legend goes, Holi is the perfect setting to celebrate friendship ( ‘Holi Milan’) and an occasion for even enemies to put aside rivalries and celebrate the ‘connectedness’  of all humanity.  A perfect ending to a memorable week. 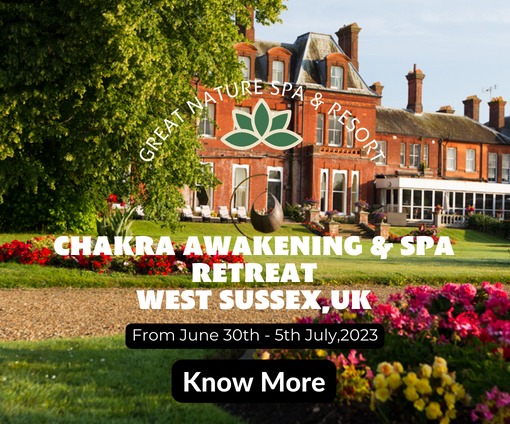